A tabby kitten who was found in a national park by himself, now clings to his people day and night to make up for lost time. 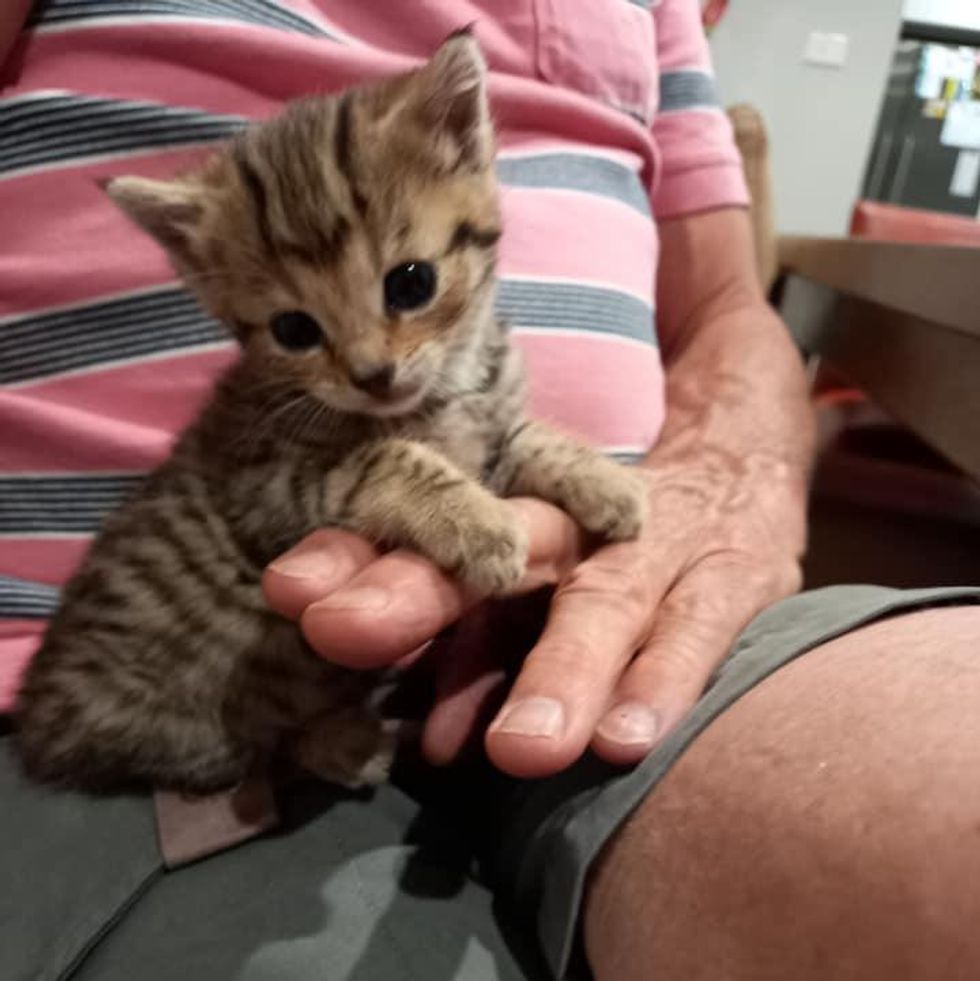 Two weeks ago, Jenny Storaker, the co-director of CatRescue 901 (in Sydney), received a phone call from a young man who works for national parks. A small tabby kitten was lost and wandering around without a mother. He was very young and needed round-the-clock care.

No one came to claim him, so the worker tried to seek help for him. “He told me he had found the kitten about 300 meters (328 yards) into the National Park in the Blue Mountains (in Australia). I agreed to take him,” Jenny shared with Love Meow.

“As soon as I had him home and fed, it was very clear he had been abandoned, despite only being three weeks old. He was friendly and not remotely scared.” 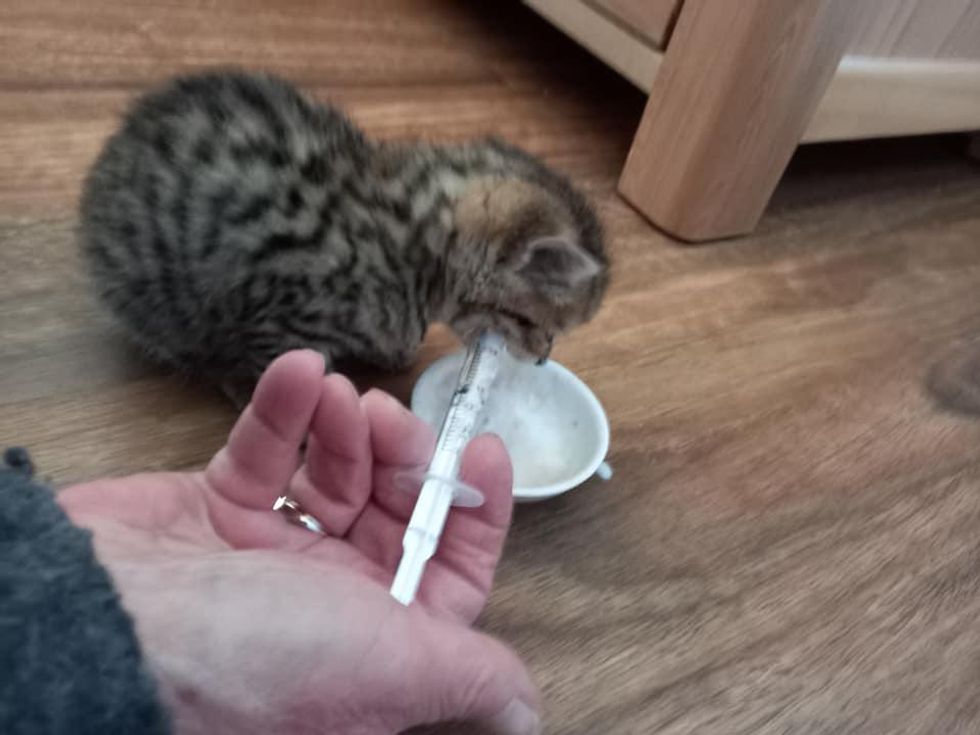 He was found in a national park by himselfCatRescue 901

Jenny asked the workers to keep an eye out for the cat mother or any other kittens, but they couldn’t find any more.

After getting a full belly, the little tabby named Gordon quickly made himself at home with his foster family. They gave him a snuggly teddy with a heartbeat so he wouldn’t feel lonely. 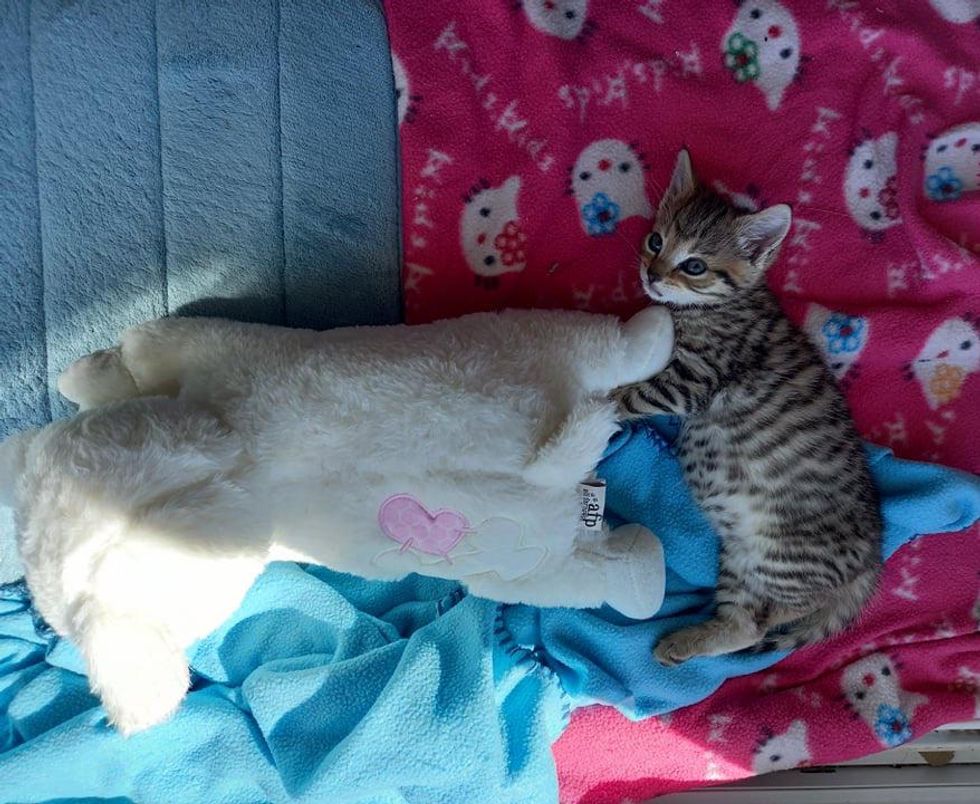 Gordon was given a snuggly teddy bear with a heartbeatCatRescue 901

But Gordon made it loud and clear that he wanted to be near his people at all times.

After each feeding, he snuggled up to his human, relaxed on their chest or shoulder, and went right to sleep. His belly was full and he no longer had to worry about safety. 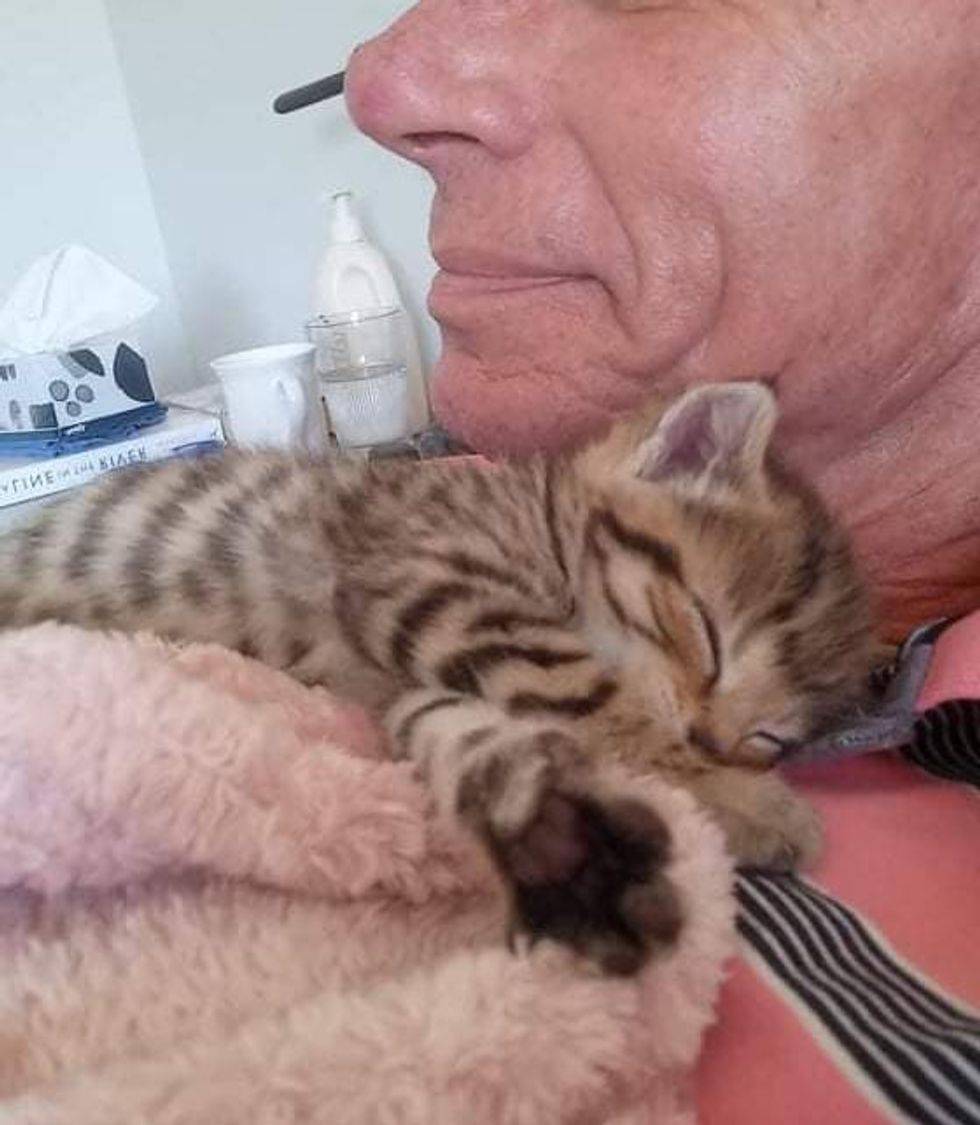 His favorite thing to do is cuddle with his peopleCatRescue 901

Despite all the soft things to nap on at his disposal, Gordon wriggled his way into his foster dad’s arms and made it his designated “bed” for naps.

The tabby was unapologetically demanding for attention as if to make up for all the lost time when he was alone outside. He would melt into his people when he was picked up, and win their hearts right over. 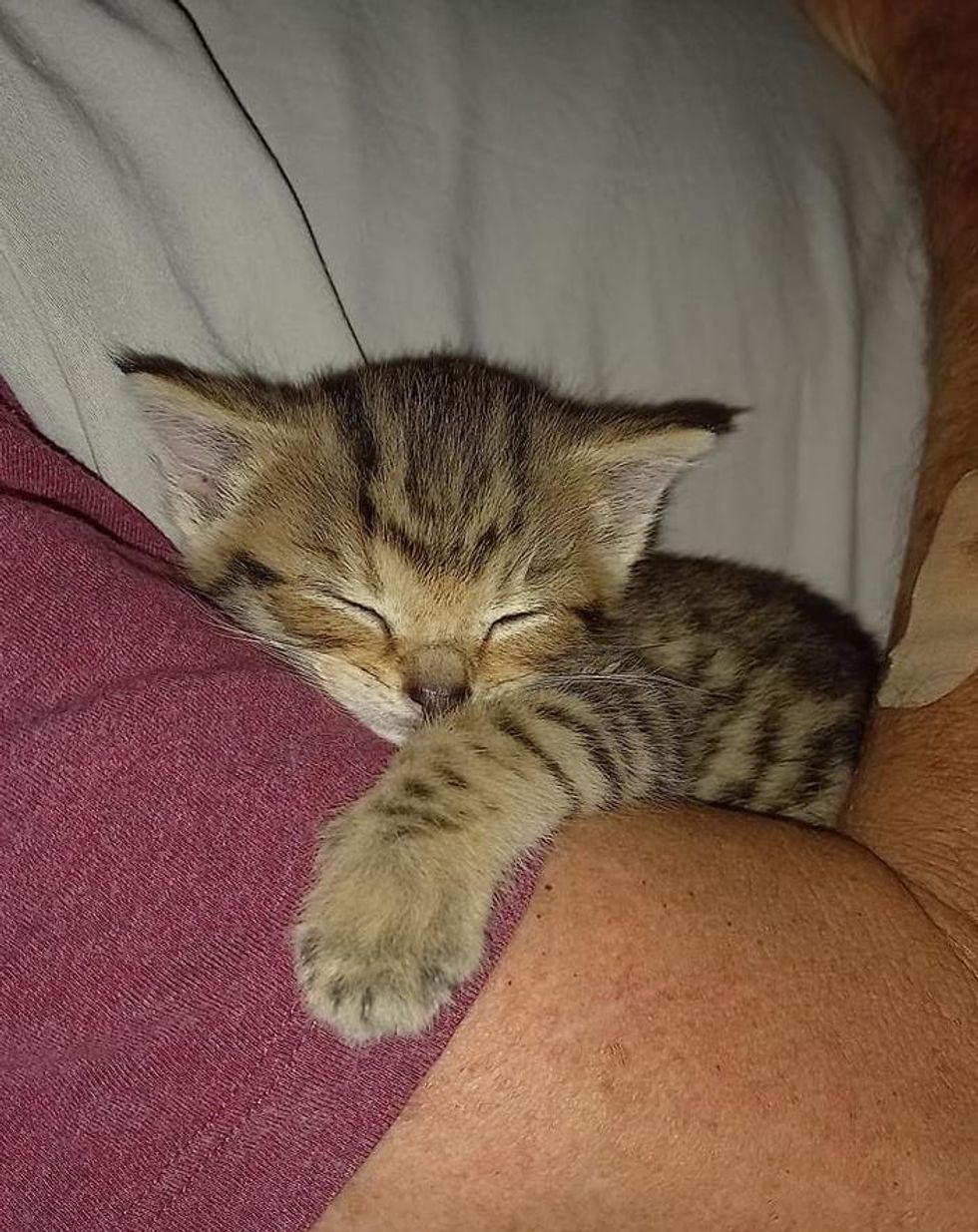 Napping with his foster dadCatRescue 901

Over the next few days, Gordon figured out how to use the litter tray with assistance from Jenny, and even started trying big kitty food on his own.

As his legs got stronger, he became more playful, and his personality began to emerge. 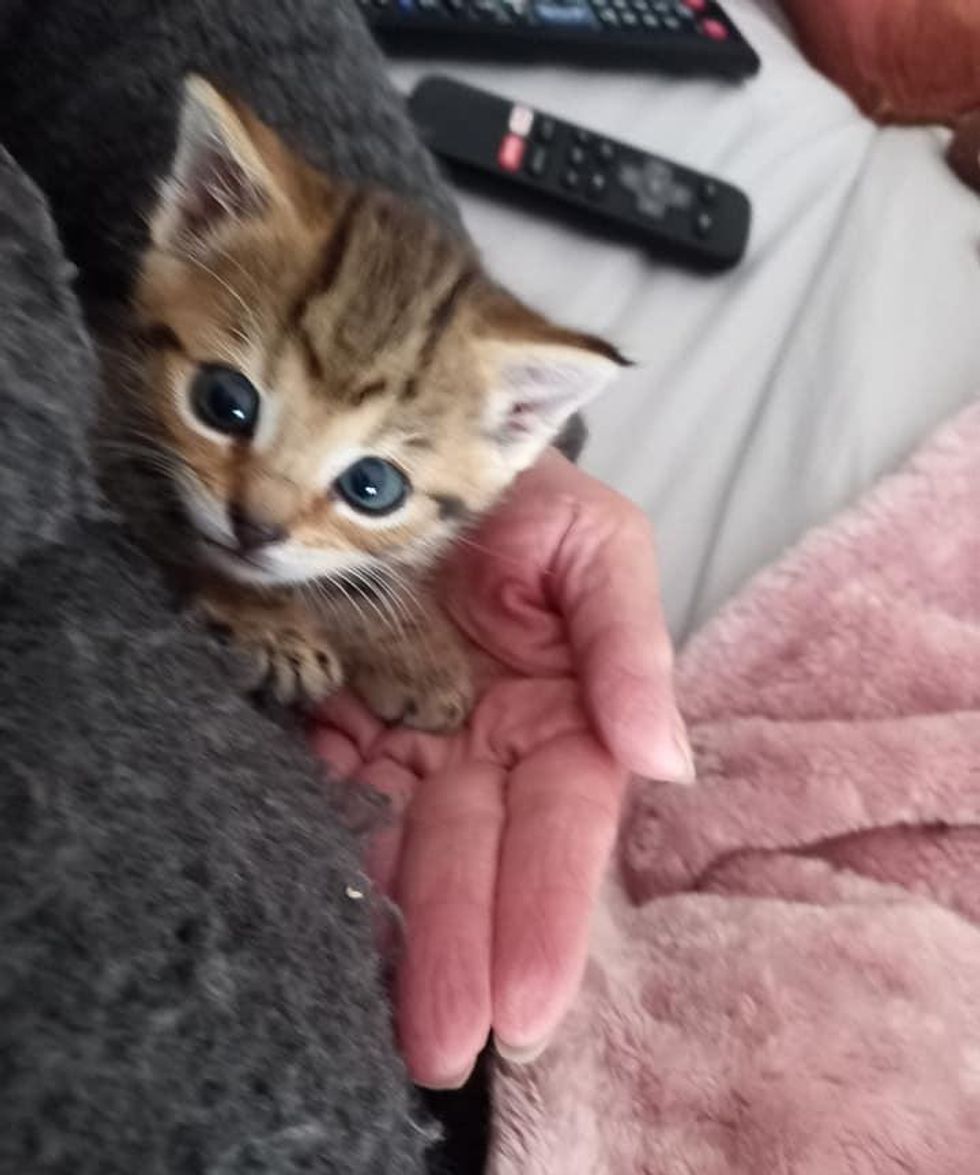 Gordon has turned into a full-time cuddle-bugCatRescue 901

After the ordeal, the tabby boy is determined not to be alone again by clinging to his humans whenever he gets a chance.

“Gordon is the cutest little guy who loves sleeping in my husband’s arm when he is tired,” Jenny shared with Love Meow. 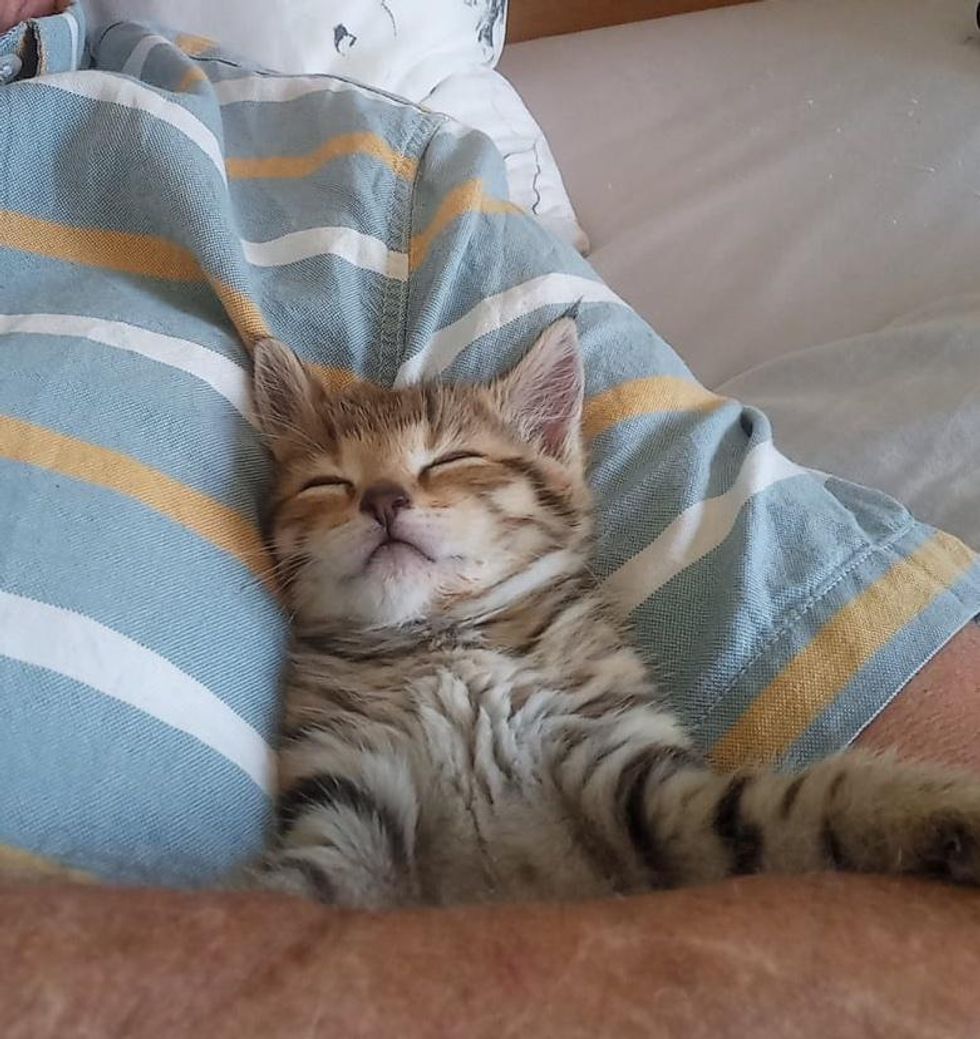 He doesn’t hesitate to command attention or climb onto his people to be up close and personal.

With good food, proper care, and plenty of love, Gordon is growing by leaps and bounds, and getting more rambunctious each day. 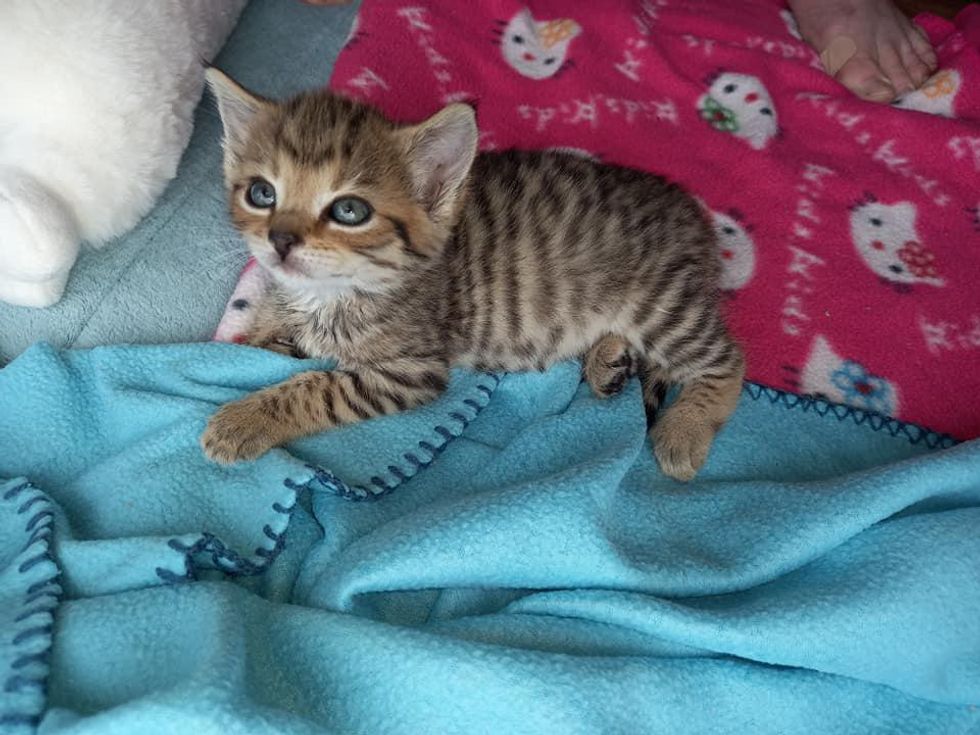 The tabby will soon be introduced to another kitten around his age, named Rita, when they are ready for a meet-and-greet this weekend. 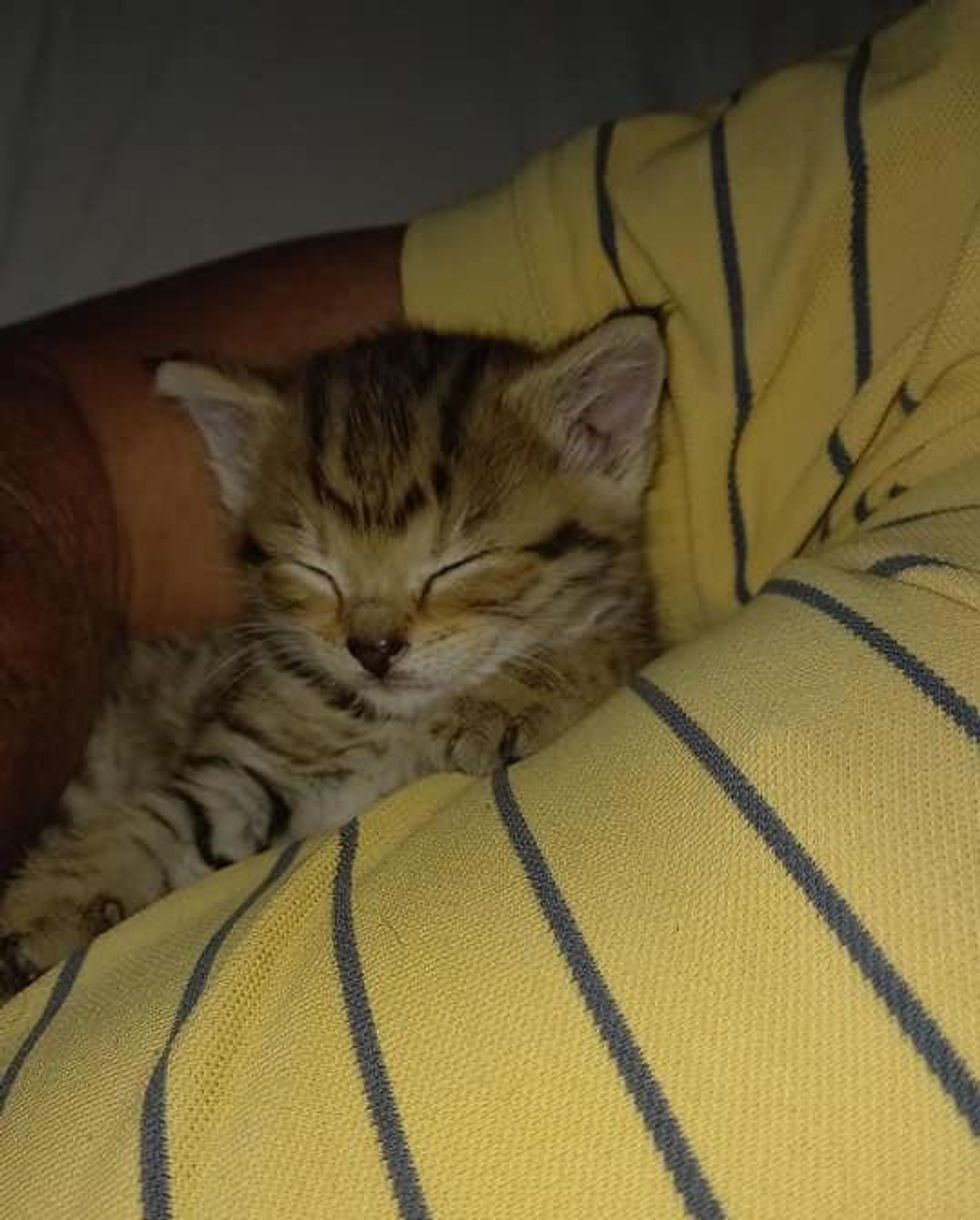 As for now, Gordon has claimed every lap and embrace in the house, constantly doing what he does best—cuddling and filling the room with his rumbling purrs. 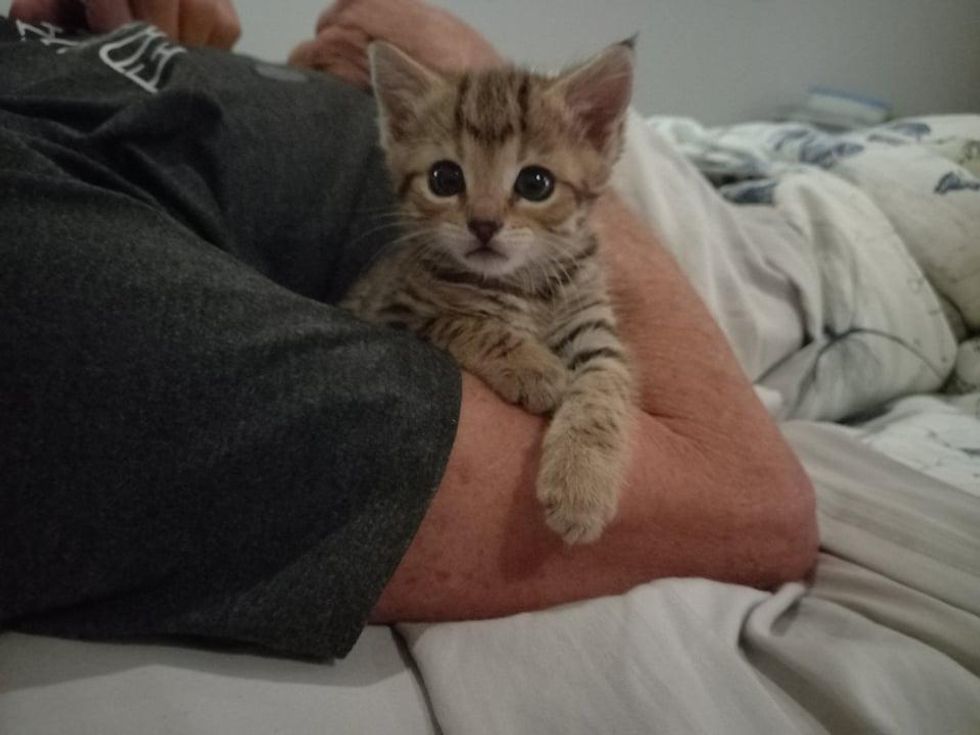